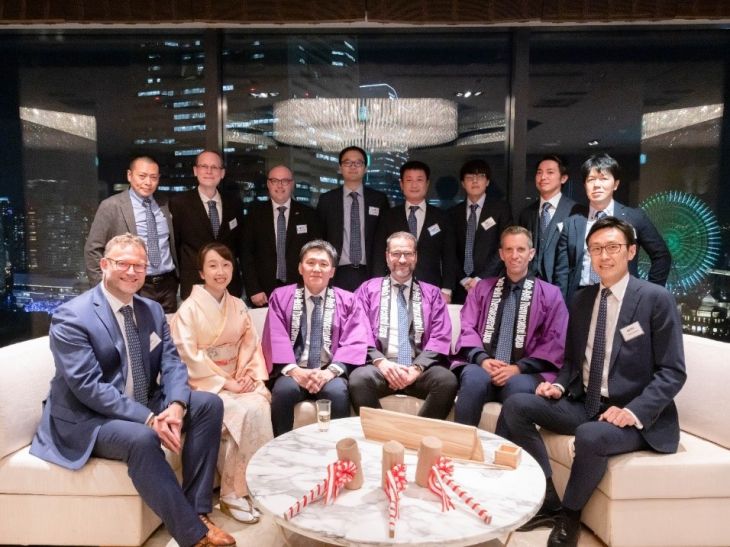 Kagami-biraki, a traditional Japanese ceremony in which a sake barrel is broken open, was a main event of the celebration.

Many thanks to the entire team in Japan!